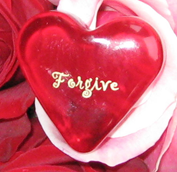 Hello my dear friend, my name is Claudine McDaniel, the founder of the ministry Beyond Conquerors. The mission of this organization is to bring love and hope to individuals who have been knocked down by life’s difficulties. I personally went through so many hardships in life, but by the Grace of God I’m still standing and doing well. That is why it is my desire to share with women like me how I was able to overcome my difficulties. Forgiveness is one of the “how” I want to share with you today.

Forgiveness is the act of pardoning an offender. It is the decision of letting go of an offense and putting an end to anger. So, what is an offense? It is a type of sin or breaking of a moral rule. For instance, according to moral rules, we should not disrespect, threaten, attack, abuse, or betray another person. However, the moment someone does one or more of those sin he/she should not have done, that means he/she has offended us. After the offense, we feel hurt. We feel disrespected, threatened, abused, betrayed, or attacked which causes us to be angry.

Surely, being angry temporarily is not a bad thing. It is normal as long as we don’t let the sun go down and stay angry. However, letting anger build up over time is dangerous because it begins to develop other negative emotions such as bitterness, hostility, revenge and more…Those emotions clog up our heart and prevent it from being pure. Also, those emotions become a foothold, allowing evil to come in through the door.

After I received Christ at age of 13, I learned in the bible study that offenses come, but we need to let them go so we can be pure in heart. Matthew 5:8 says, “Blessed are the pure in heart, for they will see God.”( New International Version)

Ephesians 4:26-27 states, “In your anger do not sin” Do not let the sun go down while you are still angry, 27 and do not give the devil a foothold.” (New International Version)

Here is an explanation of the bible verses above. In your anger do not sin: It is OK and natural to be angry at times, but we are responsible for what we do with that anger.

Do not let the sun go down on your anger: Let your offense go quickly and do not harbor it overnight. The quicker we let go the easier it is.

Do not let the devil get a foothold: Our anger opens us up to the enemy and his plans for us which are to kill, steal and destroy.

I had those verses in mind, and had tried to throw off offenses on a regular basis until I was terribly offended subsequently. These particular offenses were so tough, and it was so difficult for me to release bad emotions as a result.

Here is the story. Growing up, my dream was to get married and have children. At the age of 24, that dream came true. I met a very fine man. We fell in love and we got married. I loved and trusted my husband profoundly, was committed and engaged physically and emotionally. I gave him my heart. I was convinced that he would never break the moral rules of our marriage to offend or hurt me. I was persuaded that he would never disrespect me, insult me, threaten me, ignore me, attack me, betray me, mistreat me, and cheat on me... To my biggest surprise, that was exactly what he did.

When that happened, I felt offended deeper than I had felt with anyone else who had offended me. I felt unappreciated, devalued, disrespected, insulted, threatened, ignored, attacked, betrayed. It was clear that his actions caused me to feel angry. It was difficult for me to let go of the offenses as they came and it was tough for me to release those feelings and emotions of anger caused by the offenses on a daily basis like the bible had indicated. I had let the anger build up in me for days, weeks, months, even years and began to fill my heart with other emotions of bitterness, resentment, and hostility.

At that point I wanted my husband to pay for what he did to me. I wanted him to suffer just the way he made me suffer. Therefore, I began to think and plan on how I could prevent him from talking and seeing our two daughters. Also, I planned on never speaking to him again.

What I did not know was, the moment I had let the emotion from the first offense sit in me for more than a day, I had opened the door of my heart to the evil one to come inside me. The emotion of anger and bitterness was the foothold that kept the door of my heart open to the evil one, pulling himself in and stealing the good things like my joy, my peace and my happiness. This left me with bad feelings like stress, confusion, anxiety, and depression that ultimately started to destroy me.

The bible says in John 10:10 “The thief comes only to steal and kill and destroy.”

The more I thought about ways to pay him back, the more heavy, stressed, and depressed I felt. In that state of mind, I began to lose hope for a bright future and I felt I was being destroyed a little bit every day. The interesting fact was, at that low place once in a while, I would hear a small voice deep down in my heart that said, “forgive and you will be free.”

Reluctantly, I agreed to forgive. First, I made the decision to forgive and second I asked God to help me cast away the negative emotions that had built up in me over time, so I could forgive. Third I asked Him to help me resist being angry over the same old offenses. Since forgiveness is a process, I regularly prayed until I totally forgave him.

Ever since I forgave my ex-husband, I felt the power of darkness and depression break. I felt the presence of the Lord beginning to be tangible to me. I began to see God’s activity in so many areas of my life, I began to experience His light and His blessings. Progressively, I have been productive, creative, healthier and stronger again. Today, I can humbly say, the practice of forgiveness was “how” I was able to overcome most of the difficulties that came my way. 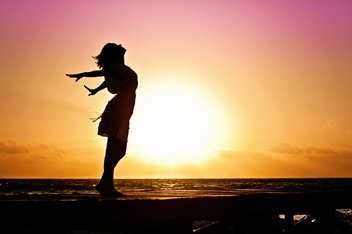 My dear friend, maybe your coworkers, classmates, friends and even family members have surprisingly offended you and they have done it time and time again. Also, maybe you have found it in your heart to let go of the offenses on a regular basis. Maybe you were fully convinced they would never offend you, disrespect you, insult you, threaten you, attack you, betray you, mistreat you, cheat on you...but, surprisingly, they did. You feel disrespected, insulted, attacked, betrayed, abused and more…which has caused you to be angry for a long period of time.

My advice is to choose to forgive and pray to God to help you release the offenses made against you and its emotions. Release it all unto the Lord. Resist being angry over that offense and pray regularly that the Lord will help you to totally forgive your offender.

To close, I want to tell you, my brothers and sisters, that God loves you so much. That is why He gave His one and only Son, so that if you believe in Him you will not perish, but you will have eternal life. His Son Jesus died on the cross so that your sins can be forgiven. I encourage you to make the decision to follow Jesus and ask Him to forgive you for your sins.

If you want to receive Christ, you are welcome to say this prayer:

Dear Lord Jesus, I know that I am a sinner, and I ask for Your forgiveness. I believe You died for my sins and rose from the dead. I turn from my sins and invite You to come into my heart and life. I want to trust and follow You as my Lord and Savior.

If you said the prayer above, Christ Jesus has forgiven you from your sins and He is now living in you.

Talk to Him about anything that is going on in your life, and see Him turn your life around.

My team and I are praying for you. If you wish to discuss the opportunities to provide support, you may contact us by email at info@beyondconquerors.org or by phone at (301) 615-8899.